Hedgehogs are the only UK mammal that is covered in spikes, although they are mainly nocturnal they can be spotted in the day offering a great photo oppertunity. Hedgehogs are certainly a gardeners friend and will eat many garden pests including slugs and snails. 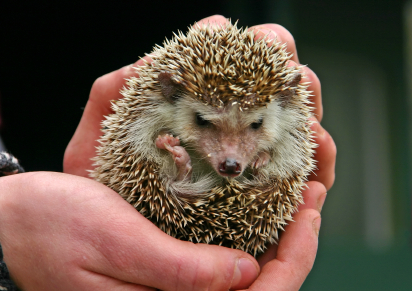 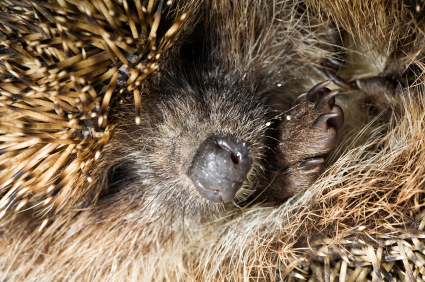 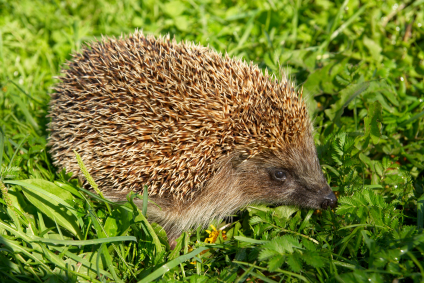 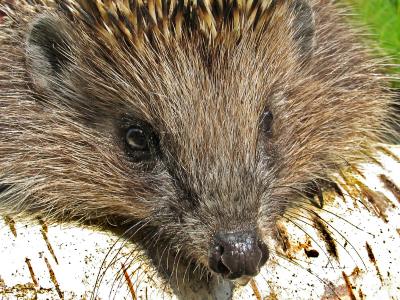 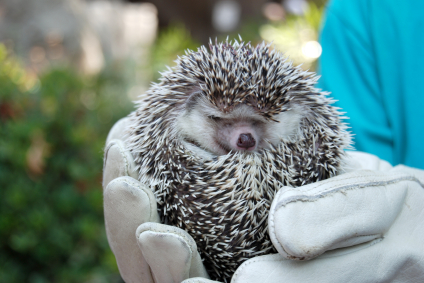 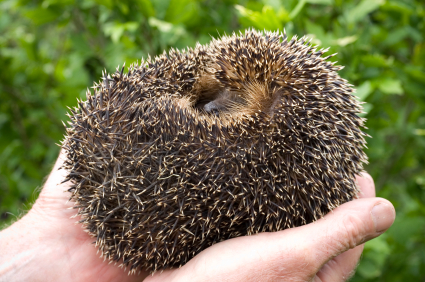 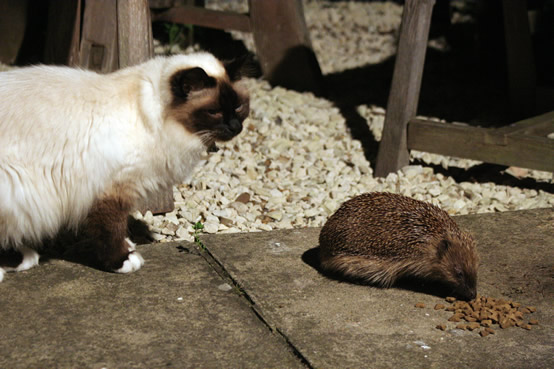 These 2 photos were sent in by Emma McCarthy who also sent is this interesting story behind the pictures.


As I am the hedgehog fanatic, Mark has passed this to me to reply. The house was an instant success and we soon had a lodger. Every night he would come out and eat and then head back to bed. He moved in Autumn, hibernated there and stayed there when he came out of hibernation. Sadly in April I noticed he did not look well so I brought him to Folly Wildlife Rescue near Tunbridge Wells to take a look at him. He was a male and apparently oldish. He was also under weight which I knew was wrong. To cut a long story short he was to be treated for ticks and lung worm but he never came home and died 3 weeks later after failing to respond to treatment. 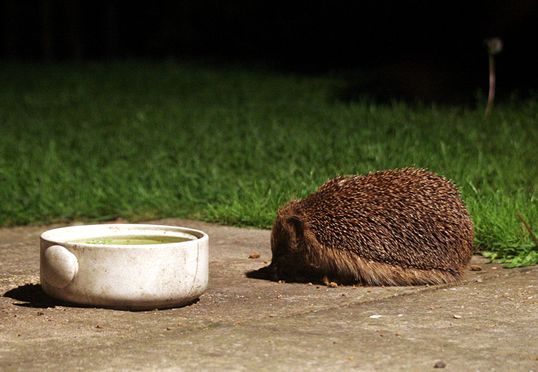 Tears were shed but I cleaned out the house which was full of many creepy crawlies. I replaced all the bedding and added straw and shredded paper. When winter will come a hedgehog will top up all the bedding with his own gatherings of leaves plastic bags whatever he can shred and add.


In the meantime I added another hedgehog house to my garden. Again my partner Mark bought it for me but ( not from you this time) big mistake as it was not suitable inside and I had to get him to move the internal partition to give the hedgehog a better designed bedroom.


I will be back to you soon again as I will be buying another hog house for my friend as she wants to have the hedgehogs like I have.


We get many hedgehogs, well I have seen 4 at the same time. I think our volume is high as they eat a lot, but a lot of hedgehogs look alike so it can be difficult to say exactly how many visit per night.


We feed them every night and always have a large bowl of water . Their diet I try to vary and like humans, hedgehogs have different likes and dislikes. They get tinned corn beef, "Prickles" hedgehog nuts, normal nuts, cat food meat flavor, "Wild Things" hedgehog food, cheese. NOT all on the same night.


Horrible story. Once we came back from holidays and someone had not closed the bin properly. Maggots were all over the ground outside but the hedgehogs hoovered them up with delight.


Charming story which we did not have time to grab on camera, we have had a fox and hedgehog eating the food side by side. They are charming lovely creatures and can move very quickly.


I get no sleep as I place their food where their arrival will trigger our security light. Hope you like our pictures. The cats now are used to them in the garden but as you see can't help but have a sniff.


In the past month we have a hedgehog in each of our houses, so I might add a 3rd house


Yet Another Hedgehog House Success Story 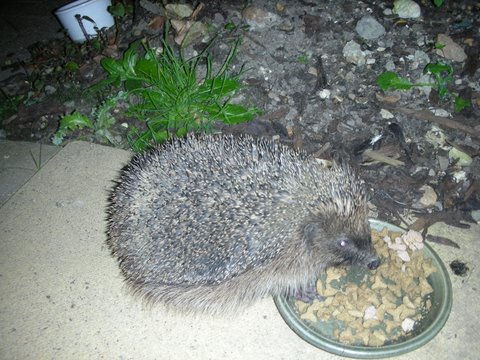 These 2 photos were sent in by Linda Green.


The hedgehog house has been a great success. The first hedgehog to use it was Henry. We found him trying to hibernate in our garage during the winter of 2006. He was too far too tiny to hibernate and we were advised to keep him awake and to feed him up so that he could be released in the late spring. So Henry used the hedgehog house in the garage. We transferred him out to the garden in the house in the spring. 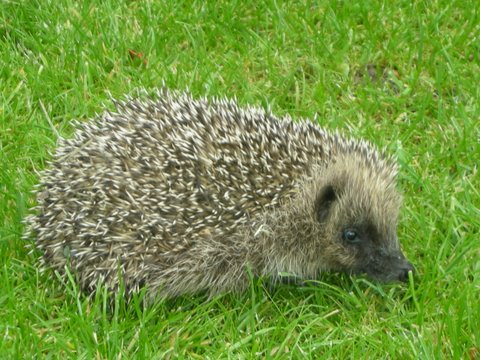 Since then we have had several hedgehogs using the house. In the Spring and Autumn I clean it out. I put a layer of bubble wrap on the base and cover it with a few inches depth of hay. The hedgehogs themselves then add lots of dried leaves etc. in the winter.


We seem to be visited by several hedgehogs and I have a feeling that that they have a hedgehog run. Perhaps it makes them feel confident if they can smell that other hedgehogs have been around.


Our local school was making a nature reserve last summer and I recommended the hedgehog house that we bought from you. It is so easy to lift the lid at the hinge to check and clean it. They have since purchased four of them.