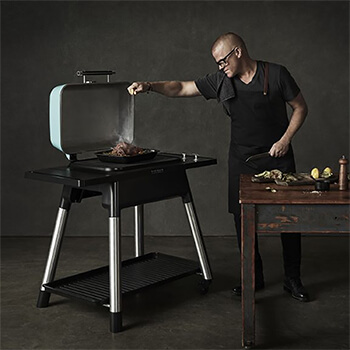 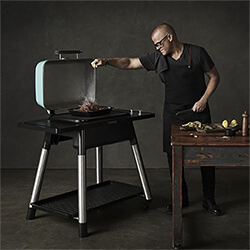 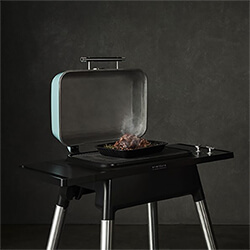 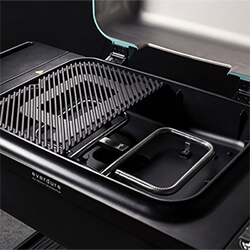 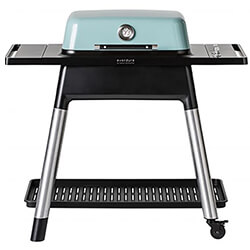 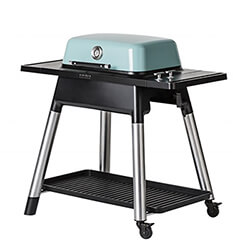 Create wonderful BBQ parties with the help of the Everdure Force Gas BBQ. This cast aluminium BBQ has 2 powerful gas burners and a large cooking area, with the option to cook a range of foods on both flat plates or grill plates. It comes in a mint colourway, with stone, orange and graphite BBQs also available.

Made from an easy-to-clean, die-cast aluminium body that won't rust, the integrated, flowing design of the BBQ is finished in a range of contemporary colours, including Orange. It also comes in Stone, Orange and Graphite colourways.

A 5kg patio gas (propane) bottle is recommended for this item.